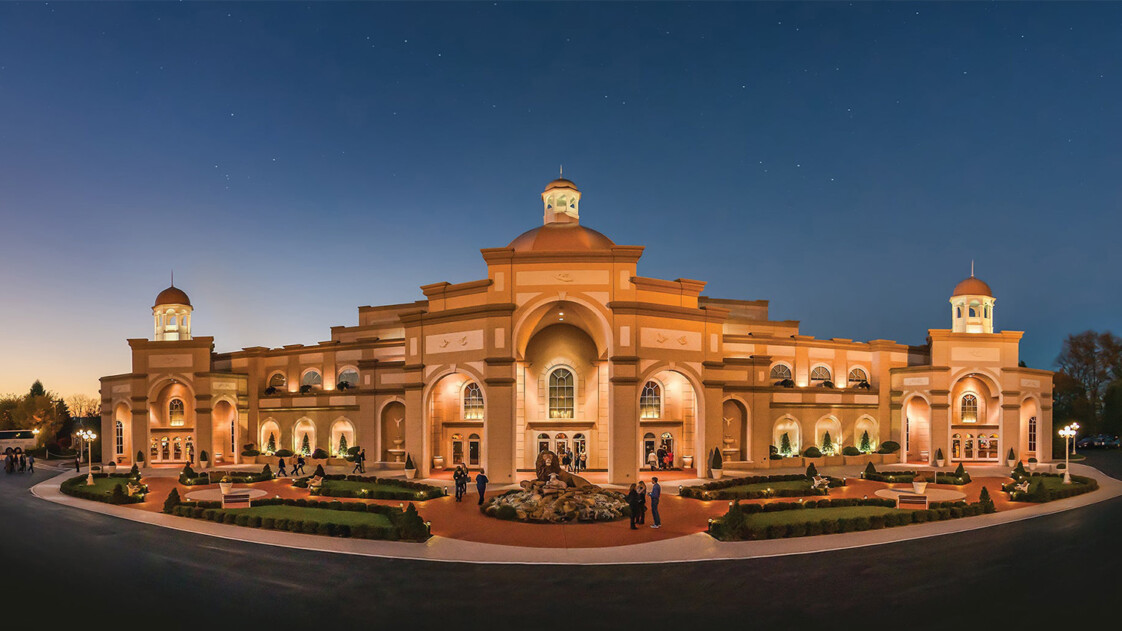 Treat Yourself to an Epic Experience

Sight & Sound Lancaster Treat Yourself to an Epic Experience

From theme parks to tours of Amish country and, of course, amazing food and shopping, there's a lot to see and experience in the Lancaster area. If you're like most visitors, you'll find yourself constantly on the go. Sometimes, however, you need a moment to relax and immerse yourself in a different world. What could be better than an iconic theatrical production?

While there are a few options near Lancaster, nothing quite compares to the spectacle of Sight & Sound. Based in nearby Ronks, this popular attraction provides both relaxation and excitement. You'll marvel at the set design and sound quality but will be most impressed by the storytelling, which brings your favorite Bible stories to life. With the right hotel and itinerary, a visit to Sight & Sound can be a treasured part of an amazing Lancaster vacation.

What Is the Sight & Sound Theater Pennsylvania

Sight & Sound is a "ministry on a mission." Its aim? To "create spectacular entertainment experiences for the whole family." This is accomplished by bringing the most meaningful Bible stories to the stage, where dramatic displays and excellent acting make every scene compelling.

By the end of each production, you should have a greater appreciation for the Biblical figures you've so frequently read or heard about. No matter where you find yourself in your faith journey, you can count on Sight & Sound to inspire and entertain you and those you love. 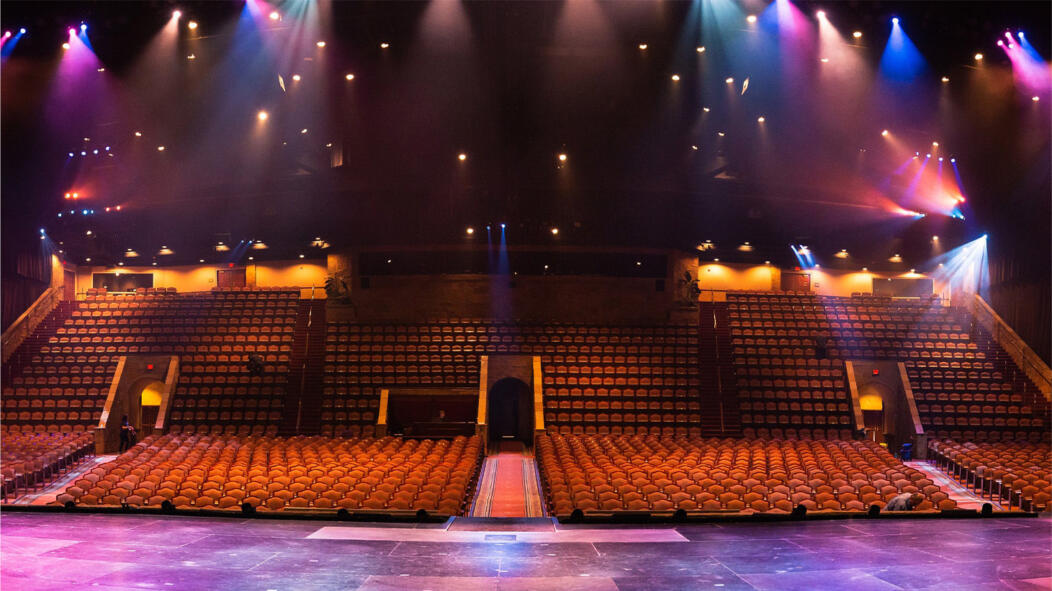 The History of Sight & Sound

Sight & Sound originally began as a traveling show. The concept came to life thanks to the tireless work of Glenn and Shirley Eshelman. Glenn was fascinated by painting in childhood but moved into photography and eventually found himself showing scenic slideshows of his work in churches. These multimedia presentations became incredibly popular and were soon presented throughout the US.

The Eshelmans tired of touring, so they decided to seek out a home base. They rented an auditorium at the Lancaster Bible College for a full summer while presenting the show The Wonder of It All. Audience members were entranced, and soon, the Eshlemans had earned the seed money for their permanent theater. To make their shows more interesting, they added dancers, music, and even animals.

Their productions quickly grew in scale, so the show moved to a far larger entertainment center. The shows at this center combined Biblical stories with modern-day technology and storytelling elements. Sadly, the entertainment center was destroyed by fire in 1997. This tragedy ultimately led to the creation of the present Sight & Sound facility. Originally named The Millennium Theater, this updated location features a huge wraparound stage, plus seating for over 2,000 guests.

The brand has recently expanded its reach beyond live shows. The latest venture? A production company known as Sight & Sound Films. Its very first theatrical release in cinemas took place in late 2022. This expanded access is exciting, of course, but nothing compares to the sheer spectacle of seeing Sight & Sound live.

Sight & Sound is worth a return visit, as shows typically run for a few months at a time. New productions are debuted in Lancaster, although it's always exciting when a familiar show returns.

Before you plan your trip, it helps to know: what will be showing at Sight and Sound in 2023? As you plan your vacation, be on the lookout for these promising shows: 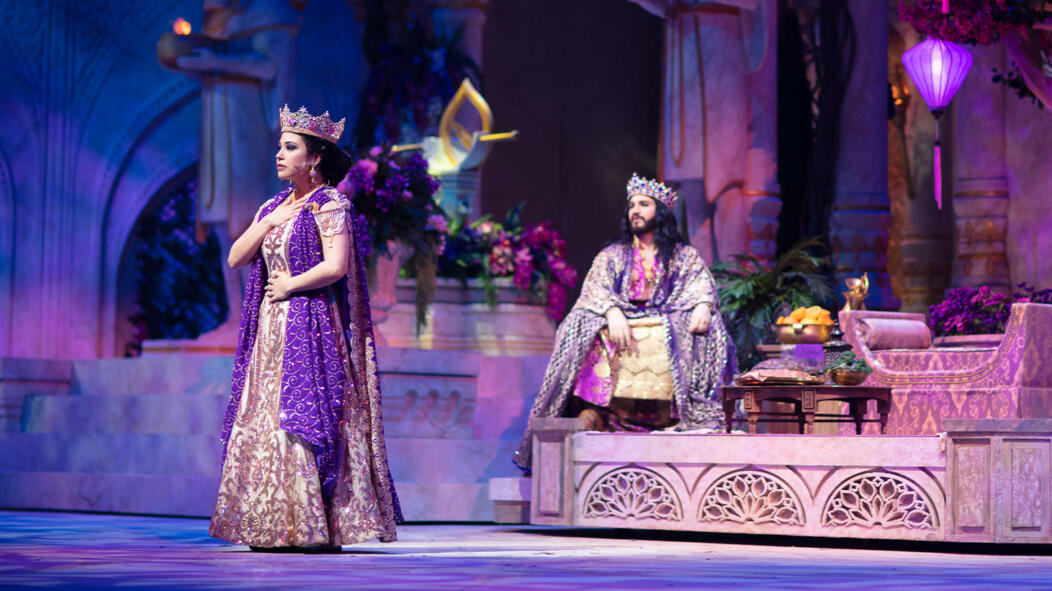 You've found the perfect show to attend and are ready to reserve your tickets. Now, you need to decide when, specifically, you'll stop by. Options abound; if you purchase your tickets early enough, you should have no trouble finding the perfect seat at the perfect time.

If you prefer matinee shows, you're in luck: Sight & Sound provides plenty of options during the day. Weekday shows are typically scheduled for 11:00 a.m. or 3:00 p.m. During the weekend, your options are 3 pm and 7 pm. This theater is extremely popular, so be sure to purchase your tickets well in advance. Tickets can easily be reserved online, although you're also welcome to call the box office.

As you select your showtime, remember that these are full-length productions that last well over two hours. What's more, Sight & Sound strongly recommends that you arrive at least 45 minutes early to ensure you're seated on time. You'll definitely want to set aside a full afternoon or evening for this experience.

The Sight & Sound Experience: All About the Facility

The Sight & Sound Experience: All About the Facility

The current Sight & Sound theater is huge, and yet, the experience of attending a show feels surprisingly immersive and even intimate. This is made possible by the panoramic stage, along with strobe lights and atmospheric effects.

Live animals are a key component of these shows. Depending on where you sit, you could encounter camels, sheep, llamas, alpacas, or macaws. These sightings are thrilling for audience members of all ages but are especially entertaining for younger visitors. When they're not performing, Sight & Sound's furry and feathered cast members receive excellent care in specially designed facilities, which include vast outdoor grazing areas.

With so many seats, it can feel overwhelming to examine the seating chart and choose the best spot. There are three levels, but don't worry: each and every seat provides a magnificent view. Ultimately, it all comes down to what you and your fellow theatergoers want. The upper seats can be appealing simply because they provide a comprehensive view of the action and the stunning set design. If you find yourself on the first level, however, you'll see the performers up close and appreciate their elite acting talent.

Sight & Sound is not a dinner theater, but concessions are available when you need to munch on something tasty. The roasted almonds are especially delightful, but cookies, chips, and even nachos are available. Grab a snack before the show or during the 15-minute intermission.

If you prefer to dine before or after your visit to Sight & Sound, you'll be pleased to find a variety of excellent options in the area. Down-home cooking is a clear favorite throughout Ronks. Buffets, in particular, are a favorite, so come prepared with a big appetite. When in doubt, Dienner's Country Restaurant is a great option for a pre- or post-show visit. Another appealing stop after 11:00 a.m. or 3:00 p.m. shows? Dessert at the famed Dutch Haven Shoo-Fly Pie Bakery.

A small gift store provides the chance to commemorate your experience with keepsakes such as t-shirts, books, or even DVDs. This is also a great way to kill time if you arrive extra early. If you're unable to score merchandise during your visit, don't worry; top products are also available online.

Sight & Sound's Lancaster location is designed to accommodate all types of guests, including those with mobility concerns and hearing impairments. Key provisions include:

Attending the Show With Kids

Attending the Show With Kids

Sight & Sound is definitely family-friendly, but with a caveat: shows last over two hours and may not be all that enjoyable for toddlers. Still, those under three are allowed to sit on laps. Thankfully, the venue has a family room, which is definitely worth a visit when your kids get the wiggles. There, you'll have the opportunity to let your restless children burn up that extra energy while you enjoy a live feed of the show on a large screen.

In general, this experience is better for kids over the age of five. If you choose to visit with rambunctious toddlers, pair this outing with a trip to a more active destination so they can burn up all their energy. Don't bother bringing strollers or car seats inside, as these are not allowed. You can, however, take advantage of booster seats, which give youngsters a better view of the stage. 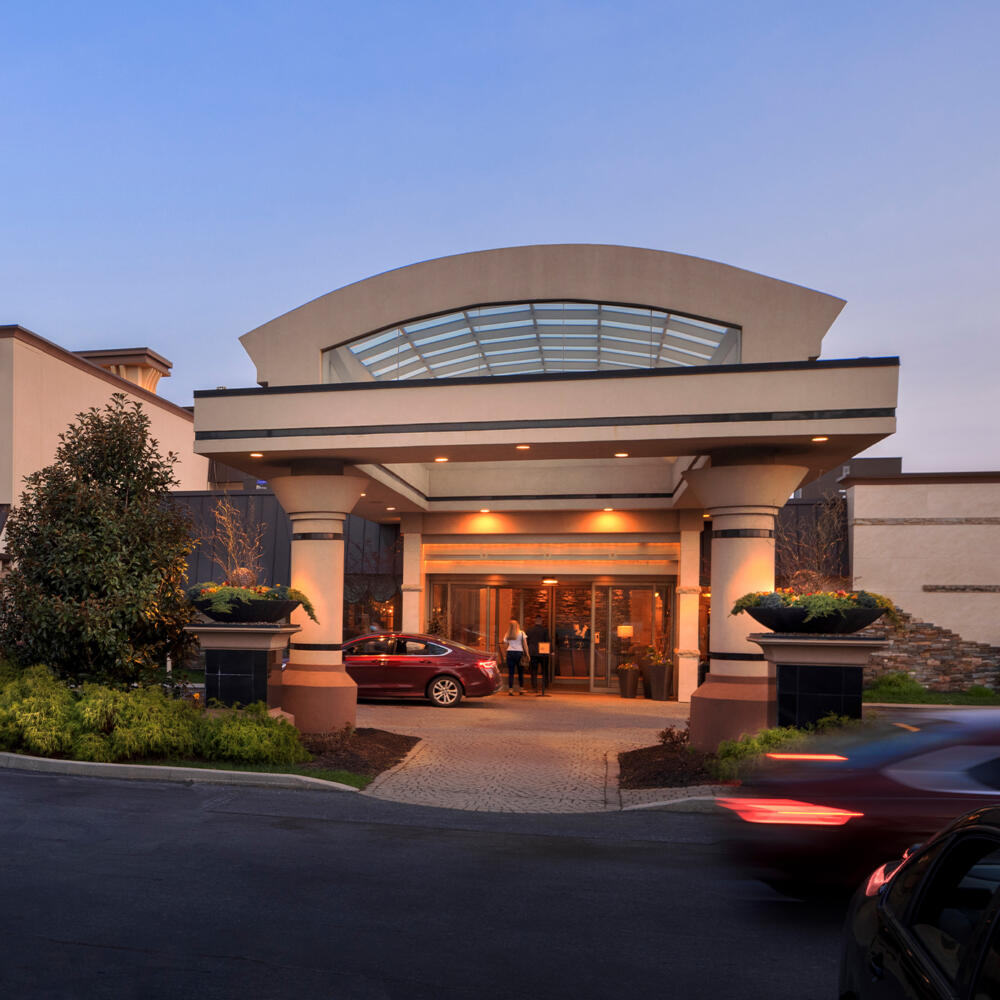 Pennsylvania's Sight & Sound theater is located in Ronks — a short drive from the heart of Lancaster. The ideal accommodations will provide proximity to this remarkable theater, but also ease of access to Lancaster's many other attractions. It's also important to find accommodations that provide genuine relaxation, as the Sight & Sound spectacle is best experienced when you're fully alert and in a low-stress, easygoing mode.

The Eden Resort & Suites is a wonderful option for the ultimate Lancaster vacation. This gorgeous location provides something for everyone: proximity to local attractions, thoughtful amenities, and, of course, sophisticated (yet cozy) accommodations where you can crash after a busy day.

The resort has an exclusive feel and provides plenty of opportunities to relax in a peaceful environment. Still, kids will find plenty to keep them entertained — an extra important consideration if you're worried about them fidgeting during your Sight & Sound show. After enjoying the indoor pool or the Kids Water Zone, they should be more than prepared to relax and enjoy an immersive show at Sight & Sound.

If you stay at the Eden Resort, you can also strike dining off your list of concerns. Onsite restaurants such as Arthur's Terrace provide delightful dining before or after your show. If you miss out on concessions and need some snacks when you return, hit up the MarketPlace.

As you plan your Lancaster itinerary, don't forget to add a theatrical experience to the mix. You'll thank yourself for reserving tickets for one of the epic productions at Sight & Sound, where you can join a long-held tradition of oohing and aahing at the set design, special effects, and outstanding music.

Above all else, you'll be treated to masterful storytelling that has you lost in thought long after the production ends. Pair with a visit to the Eden Resort for an unmatched Lancaster experience.