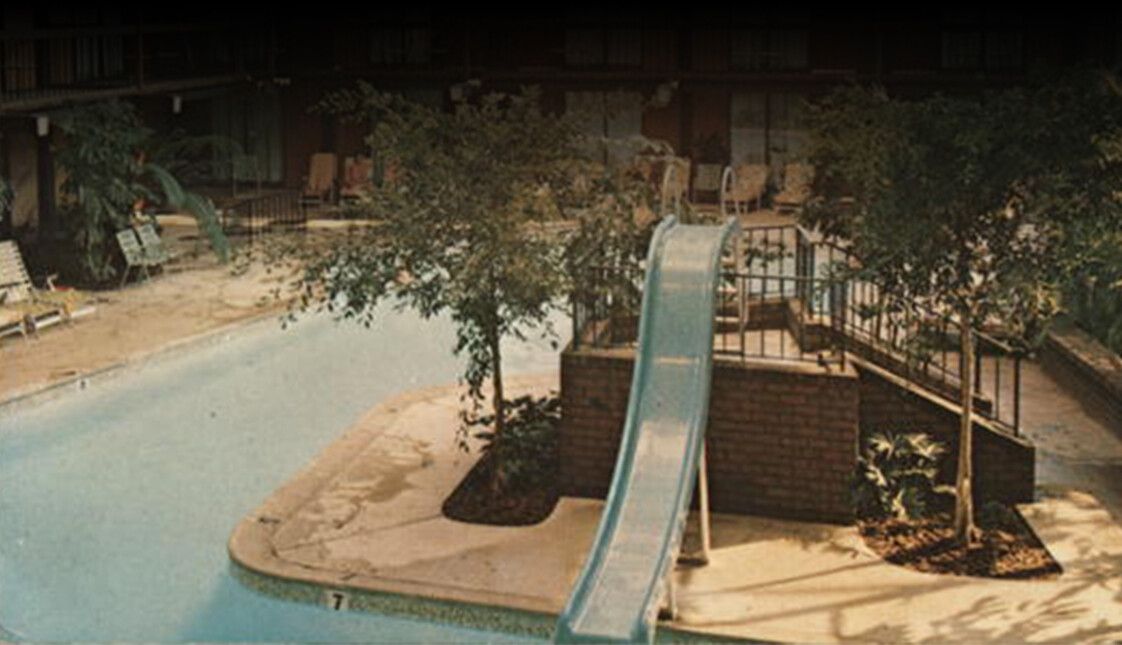 History of the Eden Resort

History of the Eden Resort

In June 1972, the Eden Resort & Suites opened as an independently owned 181-room Treadway Resort Inn, and it has remained independently owned since then. The hotel has had the same local owner since 1983; this owner started as the manager of the hotel in 1977. The owner’s philosophy is to create a first-class destination resort for vacationers, groups, business travelers, and extended-stay individuals by focusing on the overall customer experience and by continually renovating and improving the hotel.

With annual capital expenditures typically between at least $2.5 and $3 million, the Eden Resort has renovated and improved in numerous ways over the years (e.g., expanding to 300 rooms, adding villas and multi-room suites, and installing an environmentally friendly combined heat and power unit that significantly reduced the hotel’s carbon footprint).

The following is a brief description of the hotel’s history, including many of the renovations and improvements:

Garfield's Restaurant will be completely renovated and get a new name.

Rebuilt and enlarged one of the Villa buildings and completed the installation of new paver walkways throughout the Villas. In addition, renovated the outdoor grilling and picnic area and installed new gas grills.

Sixteen total Villas in two residential-style suite buildings were completely renovated, including getting new kitchens and gas fireplaces. A new outdoor area with a beautiful pergola and firepit was added in the center of all Villas. In addition, the Eden Resort began the installation of new paver walkways throughout the Villas.

The Eden Resort opened the Regency Garden Terrace, a beautiful outdoor wedding and meeting venue that can accommodate up to 180 people. In addition, 33 guest rooms were redesigned and renovated.

Some parking spaces were designated as “green” spaces with electric car chargers.

The redesigned (and renamed) Regency Terrace Wing opened. The enhancements to this west wing of the hotel included the complete redesign and renovation of 51 guest rooms, with the third floor now designated as an “adult only” floor for the exclusive use of those at least 18 years old. All of these rooms have entirely new bath areas with fully glass-enclosed tile and stone showers for all rooms with a king bed and beautiful new tub/shower combinations in all rooms with two queen beds. One of the neatest features of these rooms is the technology package. Each room has a large flat-screen TV capable of displaying any content from a guest's portable device, high-speed Wi-Fi and wired connections throughout, touch lighting, and printer/fax/scan equipment (along with an ergonomic desk chair), perfect for guests here on business.

To further enhance our guest’s comfort and experience, a new more spacious elevator and a beautiful and functional porte-cochere (i.e., covered entrance) were also installed in the Regency Terrace Wing. Extensive exterior façade and landscaping upgrades were the final touches to the resort improvements.

The Eden Resort unveiled the completely redesigned Grande Ballroom, renaming it the Crystal Ballroom as a result of the gorgeous crystal chandeliers added to the room. It is the perfect location for a wedding or other event.

A fourth elevator was added to the south side of the building, in anticipation of adding 17 new guest rooms and suites.

The Eden Resort opened a sixth residential-style building, adding eight more long-term guest Villas to its offerings. The additional suite building houses the largest and most modern guest Villas on the entire property. With 1,300 square feet and separate balconies and with the ability to accommodate up to eight people comfortably, these new Villas instantly became the hotel’s most popular room type.

The Eden Resort renovated Lancaster’s most unique and beautiful wedding and event venue—The Courtyard. This three-story atrium (accented with twinkle string lights and a water fountain) got a facelift, including the addition of shadow rock and granite features to the walls, with the wall behind the fountain also getting glass features.

Realizing the popularity of the new suites added in 2006, the hotel undertook a second phase of converting an additional 20 standard guest rooms to two-room luxury suites. At the same time, the hotel decided to change its name once more to something more representative of the hotel’s different room types—Best Western Eden Resort & Suites.

Arthur’s Terrace Restaurant became even more elegant. Along with a new look throughout the restaurant, Arthur’s buffet area was completely redesigned, enhancing the already great breakfast, lunch, and dinner buffets.

The main lobby underwent a complete renovation, including the addition of a shadow rock double-sided gas fireplace, a contemporary front desk area, and new public restrooms.

The Eden Resort converted 72 standard guest rooms into two-room luxury suites, each with 500 square feet, including separate living room space and dual-sink vanity with plenty of counter space. These new suites were designed to specifically meet the needs of two different traveler categories: families and business travelers. The Eden has always been a leader in the business travel market, but it now appeals to both the “road warrior” with its standard guest room design and the manager or visiting client looking for a more spacious accommodation in a Two-Room King Suite. At the same time, many of the new suites were designed to appeal to the growing demand for rooms that accommodate families or other groups. These new Two-Room Queen Suites (“Family Suites”) have three queen beds and a sofa bed.

Garfield’s got a complete redesign with a new interior, including the addition of a full-service bar, and a new exterior look. The addition of a built-in salad and buffet “bar” became a feature of the new Garfield’s.

Over this decade, the hotel focused on improving the quality of its services and products in every aspect. Food and beverage operations became an even larger focus, and the hotel’s efforts could best be seen in its already famous Champagne Sunday Brunch, which gained national notoriety. The changes to the hotel’s interior transformed this once “nice” property into an industry leader.

The hotel announced plans to join the Best Western family of hotels. At the time, Best Western was the world’s largest hotel chain and growing faster than any other hotel chain. The new name of the property became Best Western Eden Resort.

The hotel expanded into the extended-stay market by adding two new residential-style buildings adjacent to the outdoor pool. Each building contains eight suites, each with its own full kitchen and fireplace, designed to accommodate guests relocating or on temporary assignment to the area.

Garfield’s Restaurant was built, with entrances inside and outside the hotel.

The hotel added a new three-story building of 51 guest rooms and four new meeting/banquet rooms, all of which were attached to the main hotel. The addition of these 51 guest rooms made the Treadway one of the top three largest hotels in Lancaster and the second largest Treadway of the Northeastern chain.

A large outdoor pool was added.